The pledge will support the construction of a new state-of-the-art building at the Mount Sinai Hospital campus.

To be completed in 2025, it will have roughly 80 new patient rooms and a series of innovative clinic spaces to ease the transition between different stages of treatment. It will also accelerate therapies, clinical trials, and Mount Sinai’s goals to provide advanced and personalized treatments to patients.

“This donation has strengthened our ability to deliver the utmost in cancer research and clinical excellence.

We are charting a new course, finding new paths to early detection, and will eventually eradicate this disease so no family has to experience the loss of a loved one to cancer,” said Dennis S. Charney, the president for Academic Affairs at the Mount Sinai Health System.

“We are grateful to Jim and Merryl. This gift will have an impact for generations to come.” 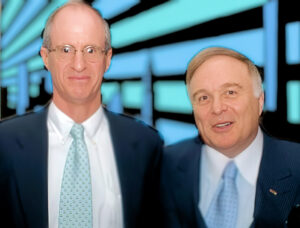