The University of Hawaii at Manoa has received the largest cash gift in its history, courtesy of Mark Zuckerberg and his wife, Priscilla Chan, the university announced earlier this year.

The $50 million gift will fund the university’s School of Ocean and Earth Science and Technology over seven years, including “research and programs that document changing ocean conditions, explore solutions to support healthier ocean ecosystems, enhance coastal resilience from storms and sea-level rise, and tackle challenges to marine organisms ranging from the tiniest corals to the largest predators.” It will also examine how marine wildlife is adapting to seas as they rise and warm.

“This transformative gift will enable our world-class experts to accelerate conservation research for the benefit of Hawaii and the world.” University of Hawaii President David Lassner said in the news release. “The ocean ecosystems that evolved over eons now face unprecedented threats from our growing human population and our behaviors. … There is no place on Earth better than Hawaii to do this work, and no institution better able than UH.”

This is not the first major donation that the Facebook (now Meta) mogul and his wife have made in the Aloha State. In March 2021, they contributed $4.2 million to a jobs program in Kauai, and in November, they donated another $4.85 million to the island’s Habitat for Humanity.

Photo: Since October 1988, scientists from the University of Hawaii have been sampling microorganisms at Station ALOHA with funding from the National Science Foundation.  This long-term data set is one of a few in the world where the impacts of human-induced climate change can be distinguished from natural climate variability. Credit: Tara Clemente. 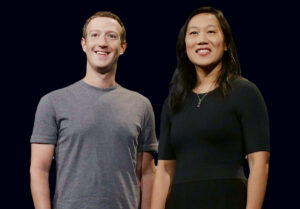