As an action movie icon, Jackie Chan has performed in over 150 blockbuster motion pictures, with many of them being true Hollywood classics.

Throughout his successful career, the Hong Kong actor has accumulated a net worth of over $370 million. If there’s one person in the world that deserves such wealth, it has to be Jackie Chan.

In personal conversations as well as during public appearances the actor revealed that it is his intention to give his sizable fortune to worthy causes.

His kung fu leaps and humor in martial arts films have earned him huge successes in Hollywood and a great fortune, making him a successful actor with millions of fans worldwide.

In recent years Chan has been spending more and more time on his charity work. He spends almost all his spare time working for children, the elderly and those in need.

For many years, Chan has been actively participating in all kinds of charitable works and contributed significant amounts and effort.

He regards charity as an important part of his life. “Even when I am sleeping, I think about how I can help other people,” Chan said. “Every human being has to learn how to do charity.”

Chan founded the Dragon’s Heart Foundation in 2004 with the purpose of fulfilling the desperate needs of children and the elderly in remote areas of China. This foundation has built over 20 schools, provided books, fees and uniforms for students and raised millions of dollars to give poor children educational opportunities. In 2011, Chan created a European branch for the foundation and spread its charitable work.

Having pledged to give away all of his cash to charity when he dies, Chan said, “One day I hope we won’t have any poor people in China.”

For example, in the first eight months in 2010, Chan provided $36 million for people across the globe. He donated $800,000 to help Haiti earthquake victims and $5.2 million to support the Singapore Thong Chai Medical Institution. Besides, he raised $29 million for drought relief in China and brought supplies to earthquake victims of Qinghai, China.

Chan believes that China, with 400 billionaires and the world’s largest economy after America, can do more. Living in poverty when he was a child, Chan deeply understands the significance of giving away. He insists that the wealthy have an obligation to help out the poor who have no way of helping themselves.

Chan has been awarded Silver Bauhinia Star in recognition of his significant contribution to charitable work in Hong Kong. Also, he has been recognized as one of the 10 most charitable celebrities in the world.

Chan has devoted much of his life to humanitarian work. In 1988, he established the Jackie Chan Charitable Foundation, and since then has worked tirelessly for dozens of philanthropic organizations both at home and abroad. During a visit to Cambodia in 2004, Jackie was appointed UNICEF Goodwill Ambassador.

As Goodwill Ambassador, Jackie is an inspiration to young people and a compelling advocate for children. On his UNICEF missions, he aims to provide hope, especially for children who face an uncertain future because of economic hardship, for those who experience discrimination related to HIV/AIDS, and for survivors of landmine injuries.

Jackie has also earned many prestigious awards and accolades for his charity and humanitarian work. He was made a Member of the Most Excellent Order of the British Empire in 1989 and conferred the Honorary Doctorate of Social Science by the Hong Kong Baptist University in 1996.

Most recently Chan took exemplary leadership in addressing the needs created by the COVID 19 pandemic.

“People’s support has got my father where he is today,” his son Jaycee Chan said. “It’s reasonable to give back by doing charity work.” 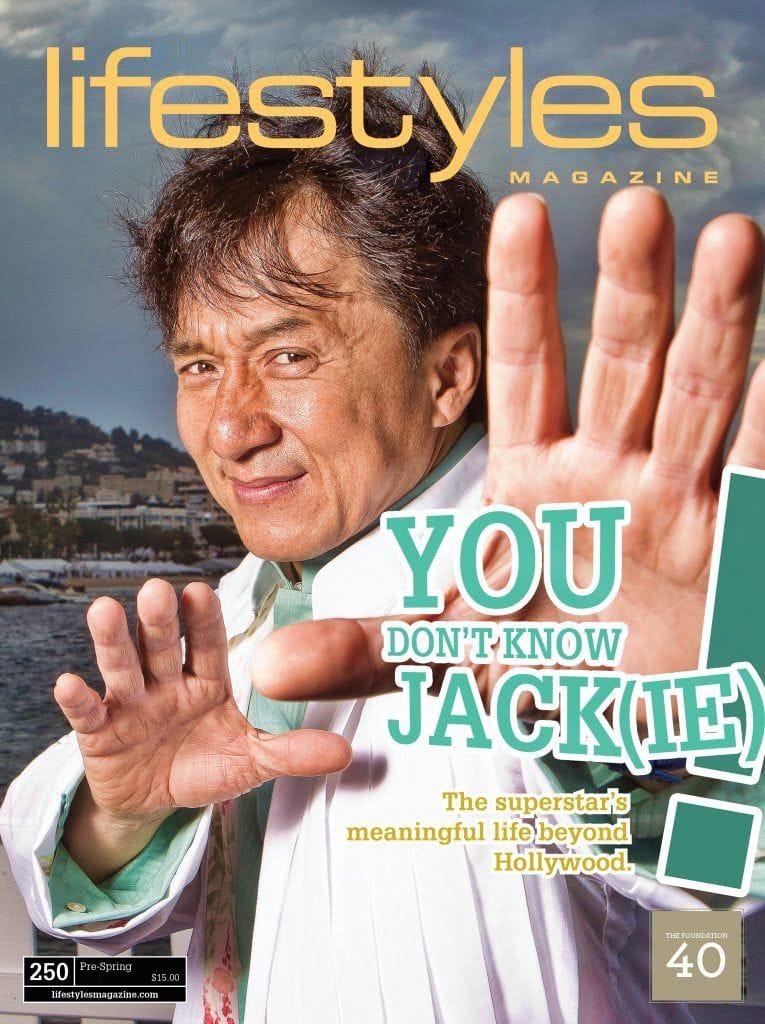