The Pershing Square Foundation (PSF) was established in 2006 to support exceptional leaders and innovative organizations that tackle important social issues and deliver scalable and sustainable impact across the globe.

PSF has committed $500+ million in grants and social investments across a number of fields, including health and medicine, education, economic development and social justice.

Bill Ackman and Neri Oxman are the co-trustees of the Foundation.

By investing in pioneering individuals, nonprofits and mission driven companies who dare to re-imagine the possible, PSF has helped to bring about important breakthroughs — from cancer research and small scale agriculture to criminal justice reform and educational opportunities for young people in communities — around the world.

The Prize, totaling $4.2 million, empowers investigators early in their independent careers to pursue their most exciting research projects at a critical stage when traditional funding is lacking. Recipients receive $200,000 per year for three years.

Over the past nine years, the Alliance has awarded over $35 million to 59 scientists at 12 institutions in New York, New Jersey, and Connecticut. With this funding, the recipients have contributed greatly to the New York City area’s growing biomedical research hub. In addition to funding, the Alliance provides Prize winners with opportunities to present their work to scientific and business audiences to encourage collaboration and help bridge the gap between academia and industry.

“Tackling the ‘frontline science’ of cancer research at record speeds demands the bold innovation and rigor embodied by this year’s cohort of Prize winners,” said The Pershing Square Foundation Trustee Neri Oxman. “Young investigators lead the way in asking hard questions that hold the greatest potential for transformative impact, and we remain committed to empowering their groundbreaking work.”

Richard Hite, PhD, Memorial Sloan Kettering Cancer Center: Hite and his lab will make 3D structures of transporters that move nutrients from the part of the cell where they are made, to the other part of the cell where they are needed to supply energy. All cells need nutrients for energy, but cancer cells rewire their metabolism to become dependent on a few key amino acids needed for rapid growth and survival. The transporter 3D structures will enable Dr. Hite to understand how they function and how they can be manipulated therapeutically to starve cancer cells by no longer providing them these vital nutrients.

Piro Lito, MD, PhD, Memorial Sloan Kettering Cancer Center: Lito and his lab study proteins that drive cancer growth, focusing particularly on KRAS, a small enzyme that acts as an ‘on’/‘off’ switch to control a number of cellular functions. Mutations of the KRAS protein are found in nearly a third of cancer patients and lead to uncontrolled cancer growth. It is believed that genetic mutations result in keeping KRAS “locked” in an ‘on’ state, but new data from the Lito lab suggest the presence of certain cellular proteins that physiologically inactive mutant KRAS. Through his project, Dr. Lito aims to explore this further and identify novel regulators of KRAS activity, thus opening new directions for potential therapeutics.

Michael Pacold, MD, PhD, NYU Grossman School of Medicine: A physician-scientist, Dr. Pacold’s project strives to determine how two of the most aggressive cancers—pancreatic cancer and glioblastoma—survive and proliferate when they have extremely little oxygen, which is required for many processes that enable cancer cells to grow. Using novel techniques to trace oxygen in cells, his lab will decipher how oxygen is efficiently utilized and how this process can be therapeutically targeted to stop cancer cell growth.

Maria Soledad Sosa, PhD, The Tisch Cancer Institute at Mount Sinai: The laboratory of Dr. Sosa believes that by targeting cells that have left the primary tumor and arrived at distant organs, metastatic tumor formation can be prevented. These disseminated cancer cells often come from invasive primary tumors but can even spread from pre-malignant cancer cell lesions and remain dormant for an extended period of time, so when a tumor is detected, patients may already have both types. The Sosa lab aims to understand how each type of disseminated cancer cell communicates with the other and the immune microenvironment, and how it contributes to metastasis formation, with the goal of identifying targets for therapeutic intervention and biomarkers to predict relapse.

Siyuan (Steven) Wang, PhD, Yale School of Medicine: Using cutting-edge technologies that enable extremely detailed characterization of the 3D genome, the Wang lab aims to invent a novel methodology to discover genes that regulate DNA folding architectures and gene expression patterns in a variety of cancers. Disease occurs when DNA isn’t properly folded into the cell nucleus and is a hallmark of cancer. The genes that regulate this could lead to an entirely new class of therapeutics, as manipulating them could affect (even fix) abnormal DNA folding structures, enabling a novel approach towards future cures.

“We are continually inspired by the superb quality of the proposals we receive as well as the exceptionally talented researchers that are working in the greater New York area institutions,” said Olivia Tournay Flatto, PhD, Co-Founder and Executive Director of the Pershing Square Sohn Cancer Research Alliance and President of The Pershing Square Foundation. “It is our goal to build a community of creative and talented individuals, and to connect them with like-minded peers in pursuit of novel ideas, therapies, technologies, and, ultimately, knowledge that can further our understanding of disease and fundamental human biology.”

“The work to find new treatments and cures for cancer continues to be an urgent global health priority so we are heartened by the research approaches of this year’s Prize winners,” said Evan Sohn, Vice President of the Sohn Conference Foundation. “We are confident that with the passion, creativity, and insights we’ve seen from this group of scientists, they will make discoveries that will have a lasting impact for the patients for whom our Foundation fights.”

As part of the selection process, the Pershing Square Sohn Cancer Research Alliance relied on and benefitted from the guidance of a highly accomplished advisory board.

The Pershing Square Sohn Cancer Research Alliance was formed in 2013 by The Pershing Square Foundation, which has since committed more than $35 million to 59 scientists, in partnership with The Sohn Conference Foundation. The Alliance is dedicated to playing a catalytic role in accelerating cures for cancer by supporting innovative cancer research and by facilitating collaborations between academia and industry. Annually, the Alliance awards The Pershing Square Sohn Prize for Young Investigators in Cancer Research, which provides early-career, greater New York area-based scientists the freedom to take risks and pursue their boldest research at a stage when traditional funding is lacking. 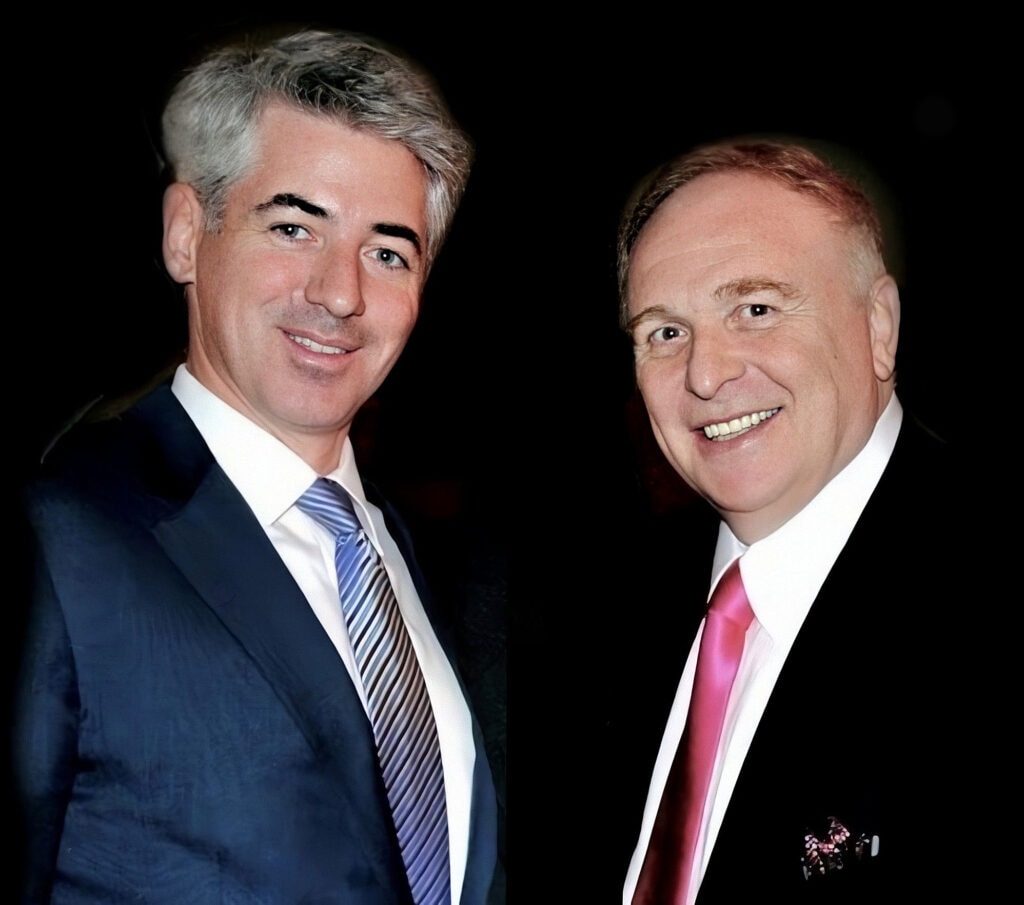 $130 million gift from the Rogers family

$1.27 billion effort lead by Gates in Health and Development Commitments to Advance Progress Toward the Global Goals