To date, approximately $800 million was financed by Mike Milken’s Prostate Cancer foundation towards cutting-edge research by 2,200 scientists at 220 leading cancer centers in 22 countries around the world.

The summer benefit supported the Annual PCF Pro-Am Tennis Tournament and celebrated the millions raised and achievements made in the past 29 years through PCF.

Founder Michael Milken and The Gala in the Hamptons weekend hosts and sponsors welcomed guests to enjoy, engage and be entertained while helping to fund groundbreaking discoveries in cancer research.

The gala began with a lively cocktail reception as distinguished guests and athletes entered the breathtaking Parrish Art Museum terrace – which is celebrating its 10 th year at its new location. Total sponsorships and ticket sales were valued at $1.3 million.

In addition to this, the live auction was swift, raising more than $6.5 million for the Foundation’s work of which the auction lots included a 4-day Home Run Challenge MLB package,2 VIP access packages to the 2023 Billboard Music Awards in Las Vegas and closing out the night with the auction of a 2023 Fisker Ocean 1 SUV – not yet available to the public and one of only 5,000 to be produced globally.

This celebration set the tone for the weekend leading up to the finals of the PCF Pro-Am Tennis Tournament. Along with the activities associated with the PCF Pro-Am Tennis Tournament, guests were treated to by-invitation-only Milken Institute Hamptons Dialogues that covered a range of current topics of interest in private homes throughout the Hamptons.

The tennis tournament began on Saturday at private courts and concluded with the finals on Sunday afternoon at the Shinnecock Tennis Club. T

Proceeds from the weekend will support the Prostate Cancer Foundation’s funding of the world’s most promising cancer research, including PCF’s Young Investigator program which has transformed how medical research is conducted over the past three decades.

Discoveries by hundreds of PCF investigators at more than 220 institutions have driven breakthrough treatments in prostate and more than 70 other cancers. The Prostate Cancer Foundation, founded in 1993, is dedicated to discovering groundbreaking cancer research programs thanks to the steadfast commitment from the organization’s members, research scientists and supporters.

The Prostate Cancer Foundation (PCF) is the world’s leading philanthropic organization dedicated to funding life-saving cancer research. Founded in1993 by Mike Milken, PCF has funded nearly $800 million of cutting-edge research by 2,200 scientists at 220 leading cancer centers in 22 countries around the world. Because of PCF’s commitment to ending death and suffering from prostate cancer, the death rate is down more than 52% and 1.5 million men are alive today as a result.

PCF research now impacts 70 forms of human cancer by focusing on immunotherapy, the microbiome, and food as medicine. 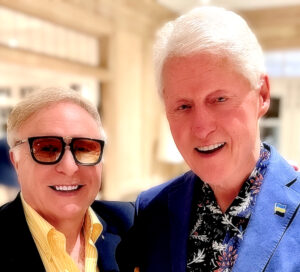