More than a decade after Miami-based art collecting couple Don and Mera Rubell purchased a site in Southwest D.C., the museum the art power couple envisioned there finally has a plan to open this fall.

The Rubell Museum DC will open to the public on October 29. It will feature exhibitions dedicated exclusively to the couples’ collection of contemporary art, which contains more than 7,400 works from more than 1,000 artists. The 32,000-square-foot space at 65 Eye Street SW will house galleries, a bookstore, and a cafe with indoor and outdoor dining.

“Creating a museum for sharing our collection with the people who live and work in our nation’s capital and those who visit the city from across the US and around the world fulfills a longtime dream for us,” said Mera Rubell.

“We are truly excited to be joining the community of outstanding museums in the city and adding a public resource that explores contemporary life, issues, and ideas.”

Beyer Blinder Belle is the design architect for the museum and an adjacent apartment building called Gallery 64.

The Rubell Museum opened in Miami in December 2019. It first launched in 1993 as the Rubell Family Collection. The museum is home to 36 galleries, as well as a performance space, research library, bookstore and restaurant.

Visiting the museum will be free for D.C. residents.

“Creating a museum for sharing our collection with the people who live and work in our nation’s capital and those who visit the city from across the U.S. and around the world fulfills a longtime dream for us,” Mera Rubell said in a statement.

The Rubells started collecting in 1964 on a budget of $25 a week, and their limited resources led them to focus on emerging artists who were at the time unknown. Visiting the studios of rising artists is a tradition that they continue to this day. The Rubells don’t buy to sell: “In 50 years of collecting, we’ve put together over 5,000 pieces and we’ve sold less than 20,” Don Rubell once told the New York Times.

The Rubells created their collection by looking at art, talking with artists, and trusting their instincts. They started collecting years ago when Don was in medical school and Mera was teaching at Head Start, and continue to follow the same practice today, now with their son Jason. They acquired their first work after a studio visit and were only able to do so by paying on a modest weekly installment plan.

The Rubells first began presenting their collection to the public in 1993. In 2019, they opened an expanded version of their flagship Rubell Museum in Miami’s Allapattah neighborhood, featuring works from artists such as Keith Haring, Yayoi Kusama, and Natalie Ball. The pair has one of the largest private collections of contemporary art in the world, according to their website, and their influence can be a huge boon for young and emerging artists. 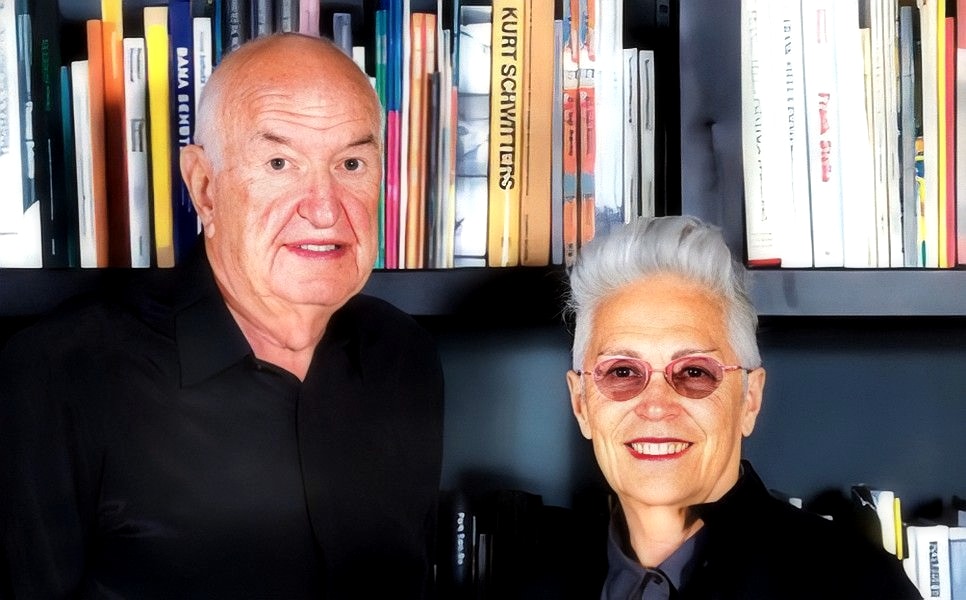